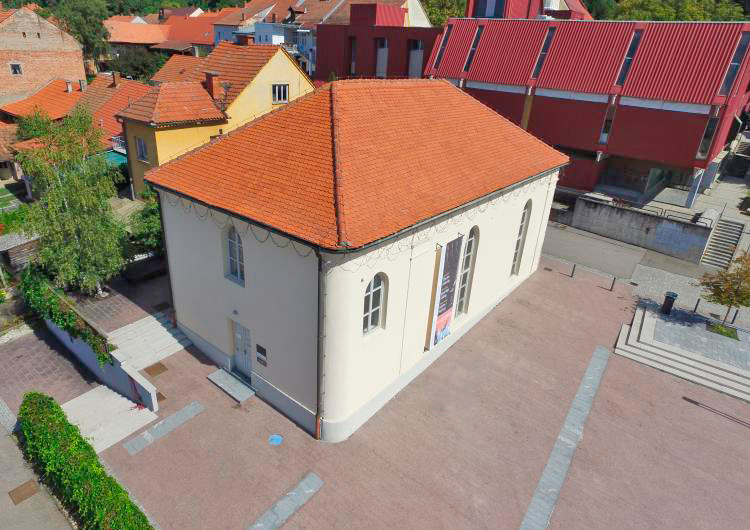 In 1866, during the ministry of Rabbi Mojzes Schacherlesz, the construction of the synagogue, which still stands today and is the only one in Slovenia besides the one in Maribor, was started. The simple, yet beautiful, single-storey monolithic building is covered by a four-column roof on an almost square base, with the façade divided only by pilasters and a concave wreath under the roof. 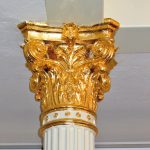 The synagogue had 80 seats for men and 60 seats for women in the gallery area. Today, six gilded iron cannelled columns with a Corinthian capitol support the gallery and adorn the interior.

Only the watch remains of the original equipment. The synagogue functioned as a religious building until 1944, when religious services were abandoned after the Jews were expelled. 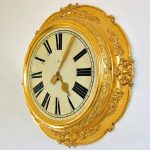 After decades of degradation, the synagogue was renovated in the 1990s and the first decade of the new millennium and today serves as an exhibition and event space.

It also houses a permanent memorial exhibition on the Jews of Lendava and Pomurje, as well as the permanent exhibition The Scrolls of Fire by the Israeli graphic artist and painter Dan Reisinger.

IMAGES ABOUT THE BUILDING 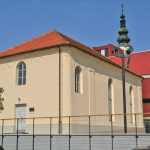 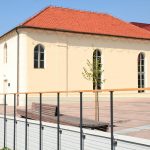 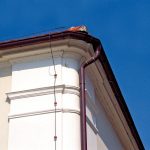 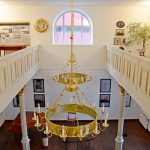 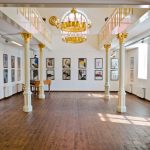 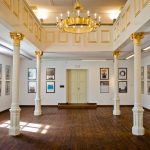 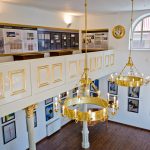 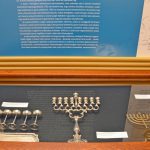 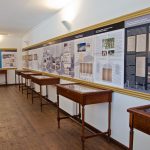 History of the synagogue

At the foot of the Lendava hills stands the synagogue, the most important architectural monument of the Lendava Jewish community, reflecting its historical destiny, social role and culture.

The Jewish religious community in Dolnja Lendava dates back to the mid-18th century. According to the writings of Rabbi Dr Antal Rudolfer, the ‘forerunner’ of the Lendava synagogue was built in the house of Dr Wollák (now Glavna ulica 32) in the second half of the 18th century. The building was then owned by the innkeeper Bódog Weisz. The front part of the house was used as a tavern, while the back part was converted into a place for religious purposes, where two rabbis, one a Jiczak and the other a Jew, worked.

In 1837, the Jewish community was transformed into a Jewish religious community due to the growing Jewish population and the need for a permanent house of prayer (in 1840, 69 members of the Jewish community lived in Dolnja Lendava). For this reason, the religious community rented János Gazdag’s house in Spodnja ulica and arranged 30 seats for men and 20 for women. In 1843, the house, which stood on the site of the present synagogue, was rented from János Gazdag, and a year later it was bought together with the parsonage for 1500 forints, thus putting an end to the constant migrations. In 1844, Áron Frischauer was the rabbi. He and his successors regularly kept the civil registers. Rabbi Frischauer was temporarily replaced by Rabbi Berkovits, an assistant rabbi, from 1860 to 1861, and on 29 August 1861 he was followed by Rabbi Mózes Schacherlsz.

Due to the growing number of members of the congregation, by the 1860s the church was no longer able to meet all needs. In 1866, a new synagogue was built, with 80 seats for men and 60 for women, and it still stands today.

Rabbi Mózes Schacherlsz died in 1891 after thirty years of dedicated and conscientious work. For two years the position of rabbi was vacant, then Rabbi Dr. Antal Rudolfer came and served from 1894 until his death on 27 October 1933. His work was continued by Mór Lőwy as the last rabbi of Lendava.